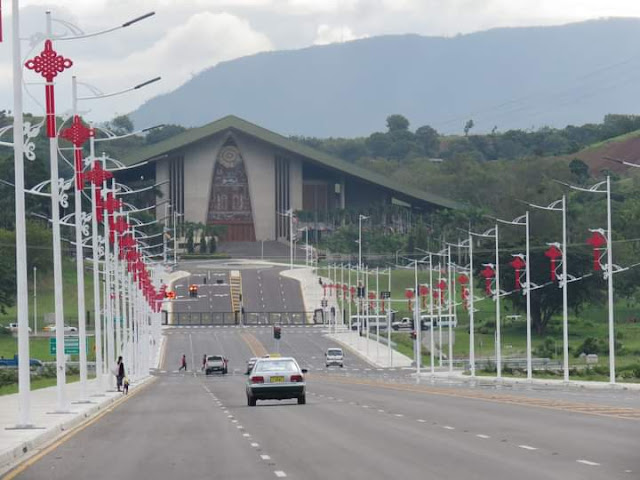 Papua New Guinea has a proud traditional history dating back more than 5000 years ago. The early agricultural activities from Kuk in the Western Highlands province is a proof of our existence before civilization.

Our ancestors have lived through the test of times until ships starts boarding at our shores.

Colonialism crippled our systems of chieftaincy, a formidable structure that ensures  the people have control and power over their land and sea areas. Missionaries were not just those that brought the Word of God, but many others who came on a mission to take over our resources for their personal gain.

They replaced our chiefs and kukurais with their priests, tultuls and luluais. The early missionaries were skillful builders, farmers, doctors, teachers etc. They replaced kunai thatched roof with haus kapa, uses medicine to cure diseases and heal wounds, give alcohol and cigarettes etc. to infiltrate our ancestors minds and weaken their judgement.

They led us into their churches and  classrooms and set out laws for us to follow. Our minds opened up like Eve after taking a bite at the apple. We realised we were naked and use their systems to hide our shame. We were forced into it, we were never going to succumbed to colonialism if they didn't bring their alcohol and guns.

Our people were employed as slaves like what they did in Africa. They showed us pictures that Jesus Christ was white and our people thought white men are heaven sent for liberation.

They used us during the war and our people were caught in between a battle that is fought for greed, self interest and world power. Our people were tortured and killed and lost their villages, families and loved ones.

A few of our own people despite being educated by the colonizers decided to fought for our independence. Independence was something even Australia would not have considered offering to PNG if there's no Sir Michael Somare and others.

Do you think despite giving us Independence, Australia and others washed their hands and left? No they introduced their education system  that no kanaka would be able to be educated up to the level. They introduced systems that were bound to fail and would need Australia's assistance to provide support.

Australia has always been there for PNG even up till today.

China who was never part of our history saw the void created by the boomerang aid from Australia and decides to negotiate it's way in. Yes, thanks to our government a Look North Policy was introduced inviting China to be a major player in our economy.  What we dont have, China will make. What we have China will always make a cheaper version of it.

Not long mining companies from outside started operating in PNG. Chinese conglomerates started setting up their businesses throughout the country. The fisheries, logging and SME businesses etc. that should have been reserved for Papua New Guineans have all been taken up by foreigners.

Foreigners have made our own people to turn against each other. Expatriates are still getting first preferences in supermarkets, bars and hotels while we wait as if our K1 has no value.

They feed our people with low quality food and dress them up with cheap counterfeit products. They made us to work only to be paid below minimum wages with no savings and income tax being paid.

Our mineral resources, marine and forests are being raped by illegal immigrants while we are suppressed by our own government.

Government agencies have somewhat became agents for foreign immigrants. RPNGC is providing security for foreigners while killing and torturing our own people. PNG has became a safe haven for high profile and transnational criminals. Those who try to stop these are being blackmailed, locked up or even killed.

Now in contrast, we have lost everything as a nation. Not long we might sell the sky as one PNG underground rapper sang. Millions of kina have been squandered through scrupulous means by those in authorities and power, while buai sellers are being brutally beaten and charged a massive K10,000.

If I had one wish for the better,  I would love to see some seriousness in Take Back PNG. Start individually, your family, your community and your town as a gift for our mamagraun and its people - PNG.