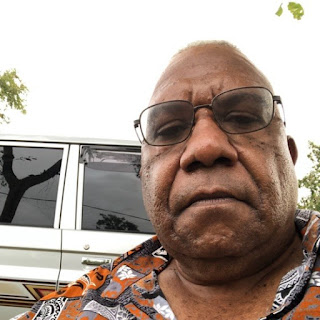 Following my article on growing up in Lae City, Eda Ranu CEO Henry Mokono shares his chapter as well on growing up at Lae's 1 Mile block at the back of Irimo street.

I grew up in Lae from the 70s to the 1990s when it all started back then. I am an Highlander from Simbu, like many others from the NGI, Sepiks, Papuans, and the few from the Upper Highlands Provinces, who migrated to Lae back then still call Lae, home.

My greatest memories in life, like yours came from growing up in Lae City, and later in life, I called myself “Simbu blo Morobe”, because, Lae will always be closer to my heart.The spirit of Lae had made me who I am in life, it gave me education, my eldest son was born at ANGAU Hospital, where it had some of the best facilities with some of the best doctors and nurses back then.I attended St. Martin’s primary school at Papuan Compound, and later at Lae PHS, and went on to National HS and further on to UPNG, so I have fond memories of Lae, and one day, in my grand old age, return back and settle in Lae one more time.I love my “kru sako” from Mumeng, the sweet cooking bananas and the “kalapuas” from Markham Valley, Wain, Busumang, and the surrounding villages that sell their local produce at Lae Market.My favorite pastimes was back in the late 1970s and early 1980s, where the local places to enjoy a good “Kung Fu” and Cowboy movies on the big screens was at one of three big theaters located at Top Town, Eric Woo (Eriku), and the one passed Lae Market, right opposite where Rabtrad wholesale is now located.A ticket into these huge movie theaters was at K2.00 per head, so for small boys like me, K2.00 was a fortune back then, so during the weekends and school holidays, I used to collect empty bottles and save the few coins until I made K2.00 to buy a ticket into the theaters to watch the movies.Our rainy and greeny Lae City was the most peaceful place to live and get educated. Crimes and criminals were never heard of. Women and young girls could walk around freely at nights even as far as from Top Toen to Eriku and into the Miles areas.Morobeans were some of the best and peace loving people that I have ever came across and grew up with them. I had friends from Butibum like Casey and many others, and good mates like Malum Nalu from Salamaua, the former deputy governor like Julius Nalau and many others.Some of the big names in this country today like Lionel Manua, Jimmy Maladina and the Maladina clan, and myself were the boys from the Miles areas. Grew up in the settlements and slums of Lae City to become what we are in life, and we owe our life’s achievements to the good and kind hearted people of Lae and Morobe Province as a whole.With time, the City of Lae has grown and now is a thriving hub of commerce and trade. And I wholeheartedly agree with Sly Gawi on your sentiments, the evil sides of rapid growth, mass migration and exponential growth of this once beautiful and peaceful city has gone to the “dogs”.I wish the clock can rewind back to those days, where life was full of fun and laughter, where neighbors look out for each other, crime was unheard of, littering and loitering was odd, respects for each other was the norm, all the pmv buses were owned and operated by the “Aris” or “Buangs” of Mumeng. Sometimes when you don’t have monies to pay, they let you go free and don’t come and injure just for a 50t.That was my Lae City and I will always have these good times in my memory rather than the current status where thugs and tribalism rules in the open and in all the settlements around the fringes of once a great city.Me tu, Simbu blo Morobe, na antap lo dispela, me tu, Kumul blo Morobe