SEPIK PRIDE RISING UP TO THE CHALLENGE 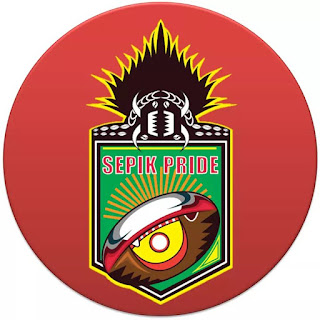 I never thought that writing about a rugby league team from a rural town in the East Sepik province would emulate into a national rugby league goal. I never thought young Sepiks would be so passionate to translate this goal into reality in a space of five years. All I knew was Maprik United Rugby League team was headed by a former Rabaul Gurias premiership-winning player Bradley Simon.

Bradley was a poultry farmer back then in 2015 when I interviewed him on his dream and aspiration to have a rugby league competition for the Sepiks - for Sepiks and Papua New Guineans living in Sepik.

I talked to Late Timothy Lepa to give a try in hosting a Sepik Challenge of the Ipatas Cup in Maprik. It went well and two local players were scouted to train with the Enga Mioks franchise.

In 2018, I was in Wewak when the Ipatas Cup Sepik Challenge was hosted. The talents were raw and exciting to watch as four teams battle it out for the gold pass.

From then, Maprik United was invited to play in the Lae SNAX Nines tournament and also the Northern Zone championships.

I heard about the Jakis and Wagambies among a few other Sepiks who have donned the Kumuls jumper and that was thirty to forty years ago. I've also known Sepiks living across the country who have played the greatest game of all, but an all Sepik team in the PNG Rugby League competition seems to be a dream for many of them.

Bradley told me that young schoolboys in Maprik have been training regularly and travel every weekend to Wewak to play in the local competition. In Wewak, the same players juggle rugby union and rugby league. Some play soccer and rugby league. That is an obvious indication of how passionate young people are into sports in this part of PNG.

In December 2020, Sepik hosted its first ever Agmark Nines tournament - a selection tournament for the Rabaul Gurias. Teams travelled in from as far as Lae and Port Moresby to participate in the tournament.

As part of the PNGNRL bid requirement, teams should have their own home ground and it must be situated closer to the airport and the accommodation for players and officials. It must be accessible for visiting teams to train and play.

With support from the East Sepik Provincial Government, a grandstand and public amenities were built at the Pora oval, the home of Sepik rugby. PNG Kumuls coach Michael Marum, PNGRFL Chairman Sandis Tsaka and PNGNRL Chairman Adrian Chow and several national players were on hand to launch the grandstand.

A weeks later Sepik Pride bid merchandise were launched and sold like hot cakes in Port Moresby, Lae and Kokopo.

"We want to show PNG that Sepiks can do it. We have so many sporting talents in our province and we will continue to support and develop these talents," says Governor Allan Bird.

The undivided support from PNGRFL towards Sepik Pride was overwhelming.

"My dream is to see rugby League develop in the greater Sepik region and more local boys (Sepiks) play in Kumuls," says Bradley.

"I am passionate about this and I wont stop despite many challenges and criticisms."